“Iris Scott makes ‘finger paintings’ portraying tigers in the night, bowerbirds, South Asian drag queens, and herself as a towering belle of some fantasy ball. So much sincerity and obsessiveness come through here that you lower your scepticism and revel in the lushness and love.”
— Jerry Saltz, Art Critic for New York Magazine

Here is what Iris Scott has to say about her art;

My name is Iris Scott, and I am here to revolutionize the art world with the tips of my fingers. I am going to continue painting for the next 60-70 years of my life until I am completely blind or unable to move my hand across a canvas. I am interested in two things: 1) getting my paintings into museums so that little girls can see women artists celebrated as much as their male peers, and 2) Helping humanity think of animals as equals: like us, they are divine beings—let’s paint animals, not eat them.

When I see an artwork that makes me gasp—a painting by Artemisia Gentileschi, Klimt, or Picasso, for example—my head exits time, space melts, and the moment stretches into a new dimension of hyper-reality. That is a very important sensation: it is the awe of understanding that a human did this, and it empowers you to believe you can do something profound, too. 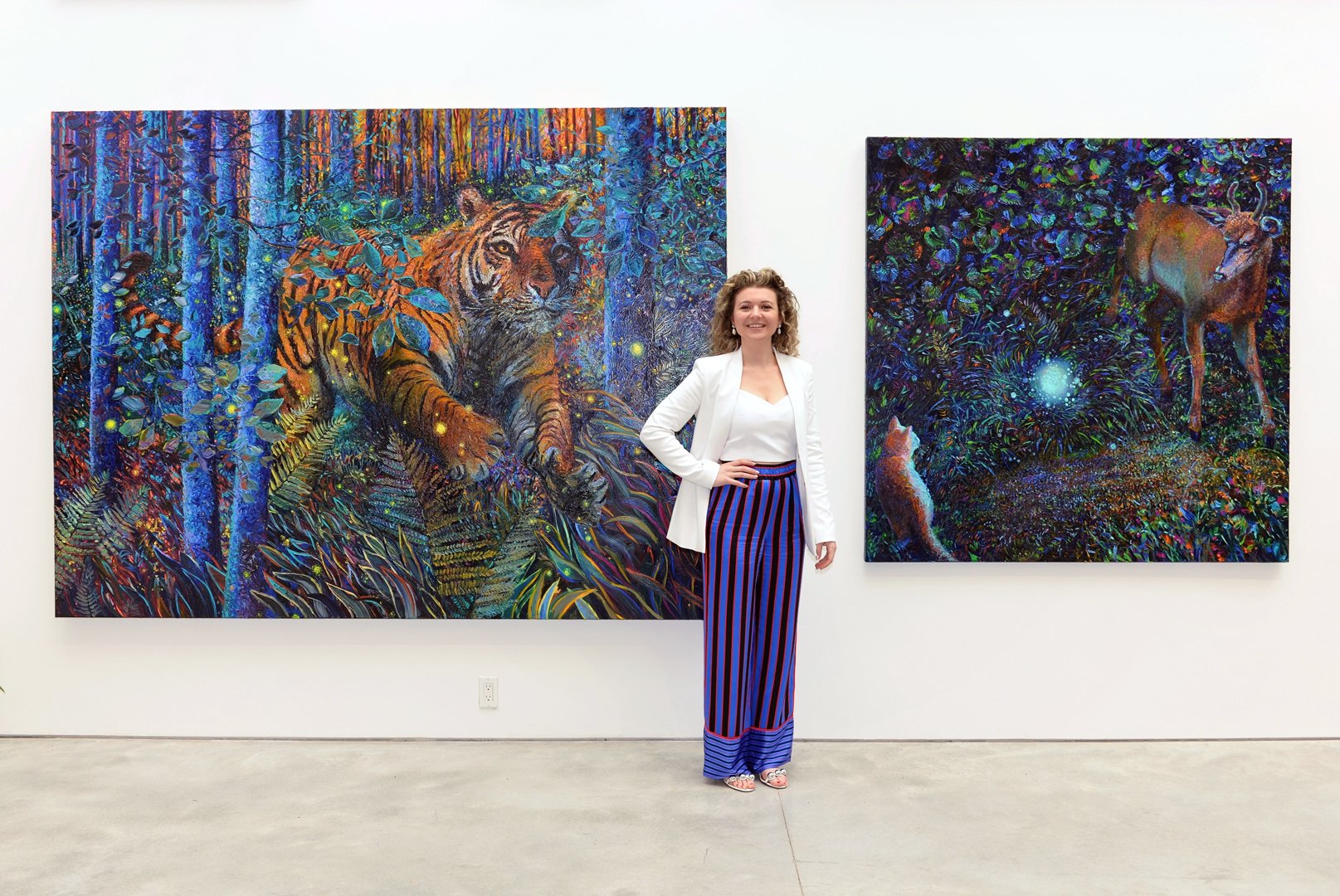 This year, for the first time in my life, I was accepted by the art world. Articles by critics in New York Magazine, Smithsonian Magazine, and on ArtNet praised my work. I am excited and grateful for the appreciation of the art community, but this is a small pop-up of attention compared to my plan to pioneer a new era of art. The new era of art will be enlightening and uplifting without having to be obscure or confusing to be taken seriously, an era where plants and animals are legitimised as the most important subject matter of the day. The era of excluding animals, landscapes, plants from high art is over. Right now. Because I declare it.

I call the new era of art Instinctualism: to be an Instinctualist means to revel in beauty and colour. It is to allow the work of art to make you feel viscerally real—hugged tightly and jolted awake all at once.

The art world tends to devalue beauty and colour in favour of highbrow conceptualism. I want to heal the societal psychosis induced by art that has separated us from nature in the name of egoistic human-centred intellectualism. Because we have lost touch with our instincts about beauty (and relinquished our power to aesthetics experts), because we have stopped paying attention to the animals and plants, we are at a moment where our whole planet is quite literally on the verge of burning down.

Every painting I make is an affirmation of the single most important message in the world: we are not separate from the animals and plants. For example, Madame Saluki, the dog on the couch, looks like a debutante posing for a photograph. Her eyes are saying I know what you are doing. Just because I can’t talk doesn’t mean I’m not highly aware. Tiger Fire is about a once-omnipotent creature whose environment is burning…on a fundamental level, I want you to see and feel, what a tiger looks like at life scale, what jungle plants look like—why they’re so important.

I first became well known for the painting Shakin’ Off the Blues of a wet English Labrador shaking the water droplets off after a swim. Because people practically think of dogs as human beings, my goal is to glorify dogs in order to show that we can treat all animals the way we treat dogs. My other paintings tend to celebrate nature, future-mythological women, and the potential of the human species to transcend its worst impulses.

The next rebellion will be a non-rebellion. I want to be the champion of beautiful, non-rebellious art.