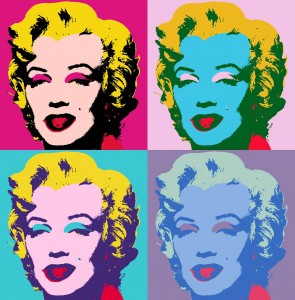 This article will cover a range of topics relating to Andy Warhol and his art style, these will include who he was, what he did, how to photograph a good shot that will make a good Warhol portrait right through to how to locate a company to transform your photo into a quality Warhol style Pop art canvas.

Andy Warhol (real name Andrew Warhola)was born in1928 in the US, he was a painter, film-maker and printmaker. Warhol as a pioneer of the visual art movement and partially created a style of art called Pop art. Pop art was an art movement that became famous in the mid to late 1950’s, it challenged traditional thought by using mass-produced commodities of popular culture removed from their context and often in isolation and asserted these creations as art.

Some of his more famous artworks used products from everyday life or advertising campaigns at the time, most famously seen in the Campbells Soup cans, he also experimented with portraits of celebrities at the time such as Marilyn Monroe , Liz Taylor and Mick Jaggar. These portraits were often an experiment with context and colour and the popularity of these portrait styles has recently seen a big come back as the technology that is readily available on most PCs allows people with little or no graphic design training to recreate portraits with similar results.

There are a number of characteristics that can be seen when Andy Warhol created these popular portraits and it is worth bearing these trends in mind when looking for suitable images to be used for Andy Warhol style art. They are as follows: 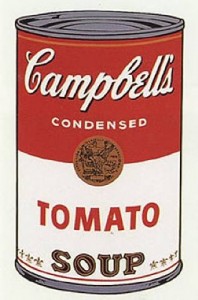 Sourcing a company that has expertise in creating Andy Warhol art prints is also very important. Though the technology is available on popular software such Photoshop there is a lot of work involved in creating a professional looking portrait that resembles the originals. Many companies offering Warhol portraits will take shortcuts and the final result is often less than satisfactory. When sourcing a company to create the artwork and canvas print you should expect to see a proof of the portrait before the printing and stretching begins. A reputable company will often allow changes to be made to the artwork in terms of colours and other details.

There are a number of modern interpretations of the Andy Warhol style that are also worth experimenting with, before submitting your image to the printer of your choice it is often worth going to Google images and researching the various styles and colours available. The traditional colour scheme used in the Marilyn Monroe is generally softer pastel shades whereas a brighter more neon colour choice often creates a good modern version of the traditional style. Ask your canvas printing company what other styles are available and they should be able to take the time to discuss some other options.

Gary Klungreseth is the owner and operator of Blue Horizon Canvas Prints, based in Sydney’s Eastern suburbs they print photos on canvas and sell canvas prints. In addition to selling premade canvas prints they also offer a custom art creation service creating art to specifications including Pop Art such as Andy Warhol Portraits.