Gerhard Richter was born 9 February 1932, and is a German visual artist. Richter is known for producing abstract as well as photo-realistic paintings, and also photographs and glass pieces. He is widely regarded as one of the most important contemporary German artists and his works have set some record prices at auction. We have a gorgeous selection of prints of a number of Gerhard artworks available to purchase here.

In 2002, the same year as his Museum of Modern Art retrospective, Richter was asked to design a stained glass window in the Cologne Cathedral. In August 2007, his window was unveiled. It is a large, 113 square metre abstract collage of 11,500 pixel-like squares in 72 colors, randomly arranged by computer (with some symmetry), reminiscent of his 1974 painting 4096 colours. He agreed to complete this work without fee. 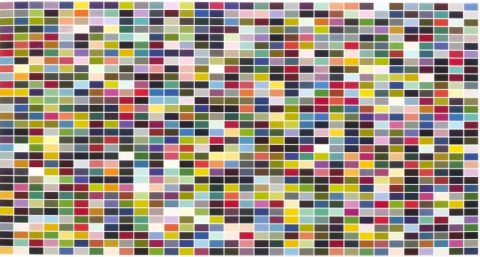 Gerhard Richter’s first colour paintings, created in the mid ’60s, were related to Pop Art and directly based on commercial colour charts. He later began to approach the selection of colours in a rather systematic way, and eventually created 1024 Coloursbased on a coincidental and highly complex colour grading system. In 2006, he explained: “This way, I could avoid creating a colour scheme, or any result that might be representational, and only had to determine the format of the painting, the proportions of the grid and the quality of the material. The paintings created in this manner tend towards total perfection and convey the idea of a practically endless number of possible pictures.” 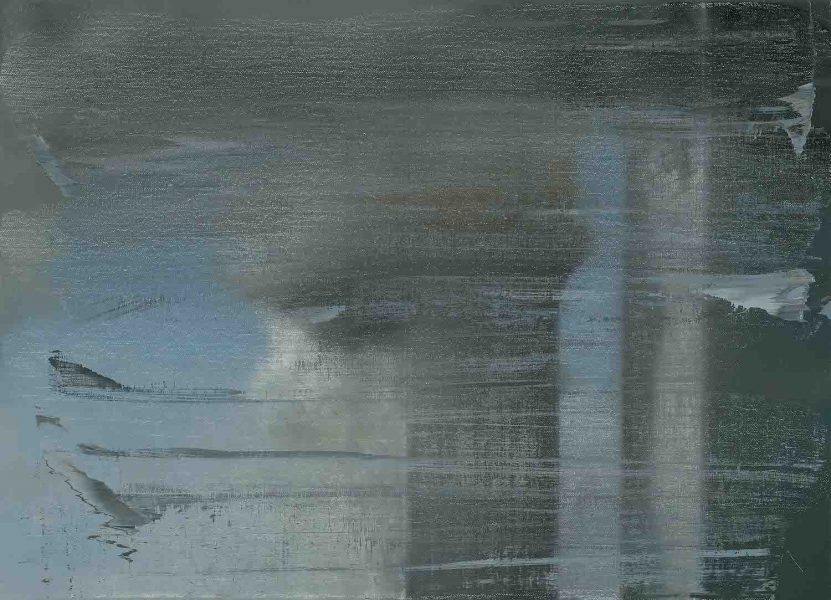 From afar, Septemberlooks like a smudged abstract painting. Upon approaching the fairly small canvas, however, it becomes evident that it depicts the tragic moment of a plane hitting the Twin Towers on 9/11. By keeping the work’s title vague and its elements hard to decipher, Richter makes us relive the moment of slow realisation that we felt when we saw the images of the collapsing Twin Towers for the first time and shows how deeply they are engraved into our memories. 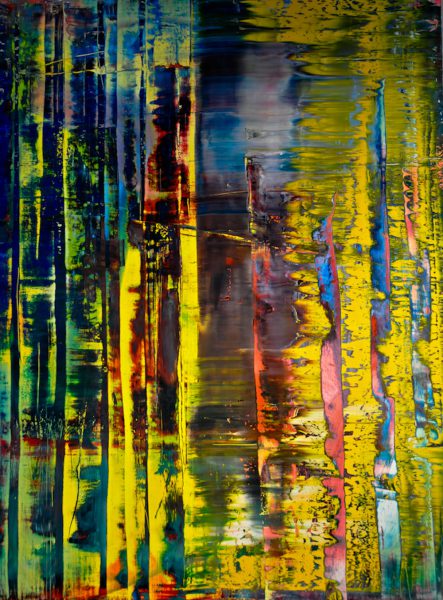 The colours in this abstract Painting are exceptionally bold and beautiful, and the gradient in its vertical lines almost makes it seem iridescent. Richter stated in an interview that his abstract paintings often turned out completely different to what he’d planned, and that he frequently altered them. 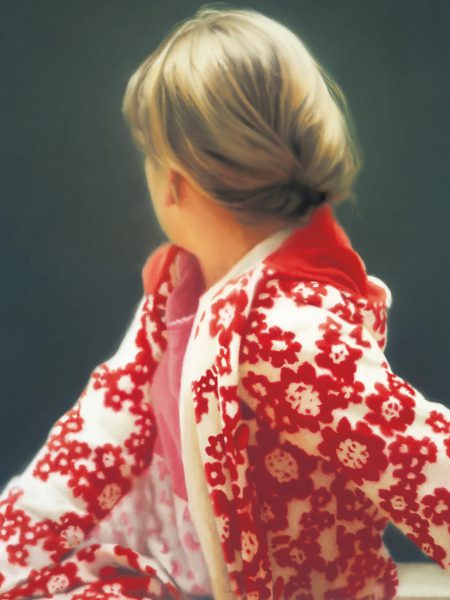 This painting of Richter’s daughter turning away from the viewer recently made news when the German minister of interior affairs Thomas de Maizière pulled out a copy of it during a speech. He used it in order to illustrate Germany’s “obsessive preoccupation with its past”, and the country’s inability to find its own identity within the present. 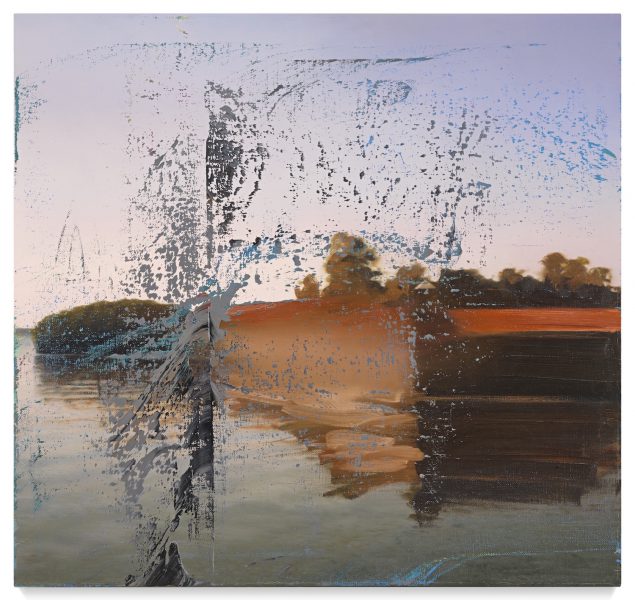 In “Venice”, Gerhard Richter merges his two most prolific painting styles by adding expressionist brushstrokes to a blurred photo-realist painting, proving once again that he is, as the New York Times once put it, an “artist beyond -isms”. 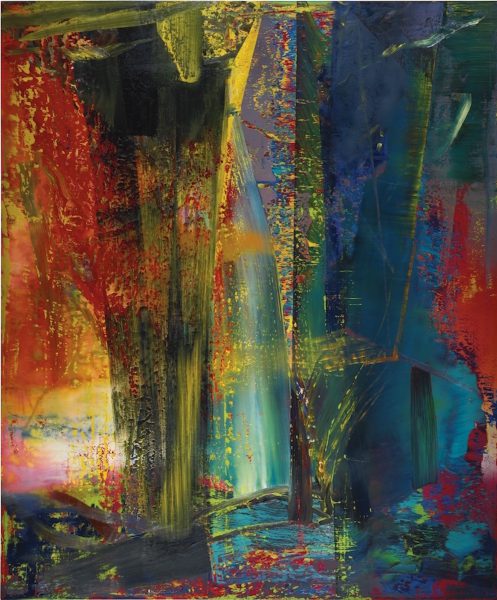 In the late ’70s, Gerhard Richter started to create abstract paintings, which he described as “fictive models, because they make visible a reality that we can neither see nor describe, but whose existence we can postulate.” Abstract Painting 599, which is one of Richter’s personal favourites, sold for over 46 million dollars to an anonymous buyer in 2015, making it his most expensive painting yet. 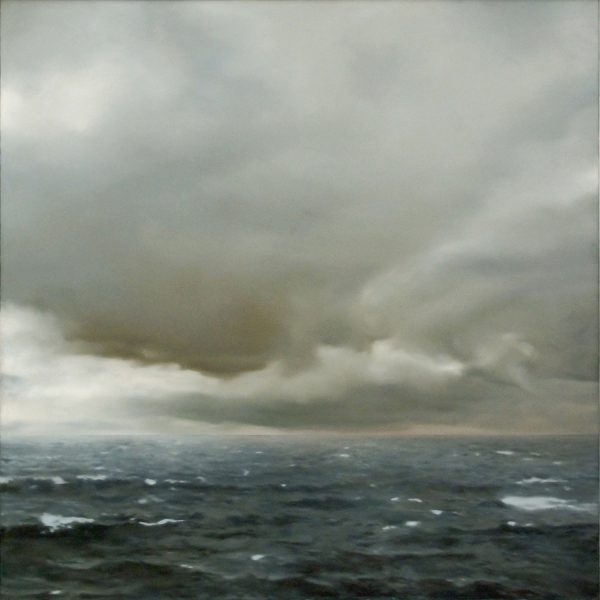 For his landscape paintings, Gerhard Richter drew inspiration from Romanticism. He was very fond of German painter Caspar David Friedrich, an influence that is particularly palpable in his seascapes. Like most of his landscapes, Seascape (Cloudy)is based on several photographs collaged together into one single image.