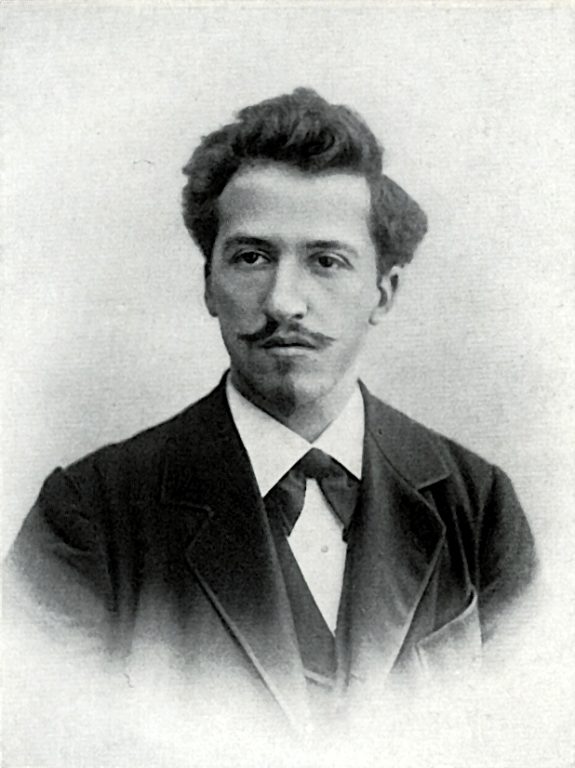 Piet Mondrian – the founder of the Dutch modern art movement known as De Stijl – was a true pioneer of abstract art which earned him a worldwide reputation. Strong primary colours and bold parallel lines arranged in squares or rectangles are the styles of his most famous compositions.

Pieter Cornelis Mondriaan, to give him his original name, was born in Amersfoort, Utrecht, on March 7th, 1872, as the second of five children. His father was a primary school headmaster and an amateur artist who encouraged his son’s interest in art and music from an early age. Piet’s uncle, Fritz Mondriaan, an accomplished artist, gave him his initial lessons in painting

From 1892 to 1894, Piet attended the Royal Academy of Visual Arts in Amsterdam, where he principally studied drawing and copying the painting style of the old masters. He returned to the Academy part-time to further his studies from 1896 to 1897. In the early years, he made a living producing scientific drawings and making copies of paintings in museums. His initial landscapes followed the traditions of the Hague School, but by 1908 he had begun to use more vivid colours and had adopted a pointillist style. He was heavily influenced by the Post-Impressionists, and in 1909 he joined the Theosophic Organisation and produced works with a Symbolist character. This same year he had his first exhibition in the Stedelijk Museum in Amsterdam. 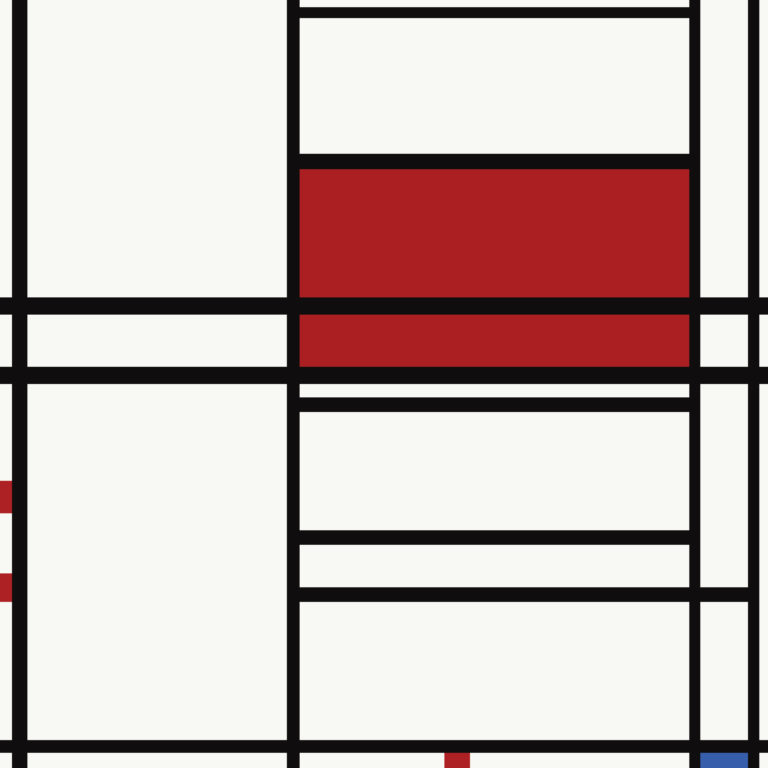 However, at this time, the centre of the art world was Paris – and to further his career Piet Mondrian made the important decision to leave behind his family and the woman he was due to marry to move to the French capital. He spent 1912 and 1913 in Paris where he was greatly influenced by the Cubism style – which he developed further into total abstraction. Upon returning to Holland in 1914, he evolved an abstract style that was more simplified and called it Neo-Plasticism. Plasticism refers to the action of the colours and forms on the canvas surface. He was one of the founding members of the de Stijl movement, a group of Dutch artists who worked around the basis of the reductive theory, bringing large-scale images to life not only on canvas but also in architecture, sculptures and graphic arts.

Mondrian’s paintings are famous for the purity of his abstractions and the methodical way in which he achieved them.  His paintings in the Neo-Plasticism style use only the three primary colours, red, yellow, and blue, although he always mixed his own shade, never using a prepared colour, and they are characterised by his expressive brushwork. The colours were placed within a grid of black horizontal and vertical lines, which he always painted freehand without the use of a ruler. The rest of the canvas was left in its original white. 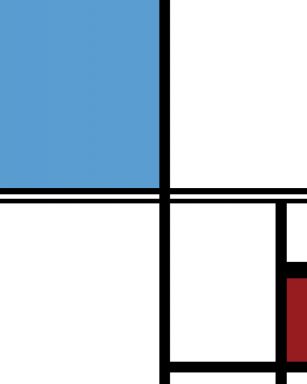 Piet Mondrian returned to live again in Paris from 1919 to 1938, after which he moved to London. In 1940 he crossed the Atlantic to establish himself in New York where he remained until his death in 1944 of pneumonia. During his later years, he developed a less rigid, more colourful style which was said to be influenced by his great love of modern dance styles. His paintings have influenced both fashion and style and were the inspiration for a range of dresses designed by Yves St Laurent in 1966.

Mondrian believed that his art reflected the basic spirituality of nature and that by stripping down objects to the basic elements he could reveal their mystical energy and their place within the balance of nature. The two basically opposing forces of the horizontal and vertical lines were seen to represent the positive and the negative, the masculine and feminine, or the static and the dynamic. The limited palette and pure abstract form were aimed to transcend division and to create a new common language. He is quoted as saying: “To approach the spiritual in art, one will make as little use as possible of reality, because the reality is opposed to the spiritual.” His instantly recognisable style of work can be seen in many famous galleries and museums such as the MoMA, the National Gallery of Art in Washington DC, the Guggenheim and other museums in Amsterdam, Paris and Switzerland and around the world. Currently, his works of the Neo-Plasticism period can be seen at Tate Modern and Tate St Ives – and an earlier work from 1913, The Tree, can be viewed at Tate Liverpool. Ocula publicised an unusual opportunity to view a selection of his early landscape paintings, executed from 1900 to 1905, in David Zwirner’s London Gallery from November 2015 through January 2016.

Sofia Lockett is a freelance writer based in New Zealand. She loves learning and enjoys researching and writing about almost anything!  At the moment, her writings are inspired by the Arts. One of her dreams is to visit The Louvre to see the original copy of Mona Lisa. You can read more of her work on Tumblr.