We live on a beautiful planet, but it seems we sometimes forget this fact. If we don’t act soon to curb over-consumption of single-use plastics, we are in danger of losing our coastlines beneath a sea of waste.

In the following article, we will dive into the world’s most idyllic beach locations – genuinely unspoilt paradises – to showcase what we are putting at risk through our ill-considered behaviour. We will uncover hidden hinterlands in the hope we awaken the world to the treasures we have at our fingertips; riches we must preserve so that our children can enjoy the same natural wealth.

Whether for their crystal-clear waters, bleached-white sand, or mesmerising marine life – each spot deserves protection. So, read on to learn from Waterlogic about five remarkably untouched destinations.

We have produced nearly 9 billion metric tons of plastic since 1950. Most it is still in existence today, with single-use plastic the plaguing the ocean. The World Economic Forum reports almost 8 million tons enter our waters every year. The above facts lead to one shocking revelation: by 2050, the sea may contain more plastic than fish.

We already see the effects first-hand as Europe’s beaches contend with deceased sperm whales – poisoned by ingesting 29 kilos of plastic – washed up on the shoreline. It’s not only the marine life that’s suffering. Many famous coastal destinations can no longer withstand the strain of excessive tourism.

Maya Bay – the picturesque Thai-escape brought to fame by Hollywood blockbuster ‘The Beach’ – recently announced its temporary closure due to over-use destroying the local ecology. Bali’s infamous Kuta coastline has since fallen prey to seas of waste washing up on the shoreline. However, beauty remains; so, read on to discover some of the world’s best five, as-yet-untouched, beach hotspots. 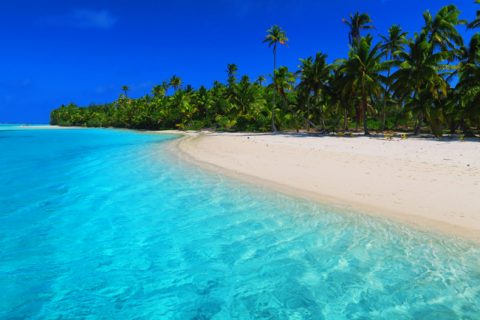 If it’s a Robinson Crusoe-like getaway you seek, then head no further than The Cook Islands. Reams of hidden island retreats and secretive archipelagos dance among crystalline waters; while deserted shores shroud the famously-turquoise lagoon of Aitutaki. Only here can you swim alone amongst all manner of tropical fish in what appears to be a private, yet vast, lake.

It is like stepping into an Instagram post given the vividness of the surrounds. So, there is little wonder the island features on many must-visit lists and yet, it remains peacefully undisturbed.

Africa is spoiled when it comes to removed tropical hideaways; so, if you ever dreamed of dining on a secluded island, look no further than Bazaruto. Expect no trace of life aside from what you spot in the ocean, as the archipelago abounds with spits of sand inviting you in over shallow, azure seas.

Accessible only by boat, there is zero chance of anything but pristine beauty, as the population takes great care to preserve the splendour of what the earth has bestowed upon them – these are the heights of conservation to which all other communities must aim. Untamed splendour is more than just a white-sanded sanctuary. While the Caribbean is renowned for its paradisiacal islets, few have yet ventured onto the hidden jewel that is Dominica. Referred to as ‘The Nature Island,’ it must feature among the most biodiverse regions on the planet. Slip from the verdant jungle into crystal-clear waters with little to interrupt the peace but the buzz of the vibrant backdrop.

Then, for an otherworldly experience, discover the rocky enclave of Champagne Beach: notorious for its effervescent waters, snorkelers drift amidst volcanic springs as jets of boiling water bubble and burst to create the largest hot spring one could possibly imagine.

A little-explored offering in the Depths of Georgia state, the 17.5 miles of Cumberland Island’s coastline offers ample scope for exploration. Cross marsh, mud flats, and tidal creeks, only to arrive on stretches of white sand inhabited only by wild horses, ancient sea turtles, armadillos and all manner of historical artefacts.

There is a real sense of wilderness when trekking unexplored backwaters and, while there are amenities in the local area, venture just a few kilometres to camp at the end of unmapped trails. 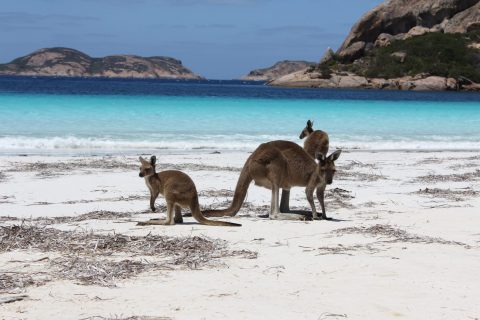 There are few places in the world you can wake up opposite the sparkling Indian Ocean neighboured only by a kangaroo but when camping on the hypnotic Lucky Bay in Cape Le Grand National Park, Western Australia, this dream becomes a reality.

The far reaches of this enormous country are not so easily accessed, making for endless stretches of untrodden sands to enjoy in solitude; or with the local wildlife on luckier days. Such a paradise takes determination to discover but is more than worth the journey when finally reached.

Our natural habitats can only withstand so much and we must each act to rid the world of plastic pollution. The EU has proposed significant steps to remove the most damaging single-use items such as cotton buds, straws, and disposable cutlery – from circulation, while parts of Australia are finally bringing in bans of their own.