Overtime the art, like fashion evolves and changes form, popular art styles at one period of time become replaced by others. These periods of time each create a different imprint on the culture at the time and are continuously in a state of flux as fashions and trends change. As such are known as changing time periods of time are known as art movements. Some of these movements were unique in their expressions and others were unique in the colors that were used. Each of these art movements perfected the art that was present in that era. There were also times when the art from one movement overlapped into another movement creating other unique kinds of art. 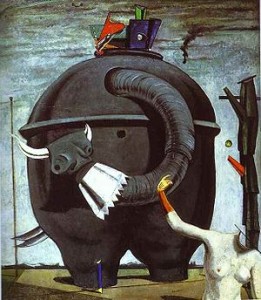 Modern art is thought by many to start with this era of art. One of the major reasons that could be said to be the starting point of the impressionism art movement beginning was the rejection of the painting of Edouard Manet. His painting was rejected by the Academie des Beaux Arts. He organized another exhibition that changed and revolutionized the way art was viewed in those days. Impressionist painters had a unique method of creating art by studying the effect of the light on objects. Popular themes for their paintings were landscapes and portraits . Some of the well known people from the time of the modern art include those like Edouard Manet, Monet, Pissaro, Degas, Cezanne, Camille Pisarro. Alfred Sisley of England, Renoir of France and of course Van Gogh.

Seen by many as a mode of Expressionism, this short lived movement was founded by Henri Matisse, the movement was primarily driven by a need to use colour as an emotional force. With Matisse and his friends, Maurice de Vlaminck (1876-1958) and Andre Derain (1880-1954), colour lost its descriptive qualities and became luminous, creating light rather than imitating it. Other well known Fauvists include Vlaminck, Derain, Marquet, and Rouault. Notable art works of this movement include Charing Cross Bridge by Derain and The River by Vlaminc.

This was a German version of the Fauvism. There were two groups in Germany who were part of this group, but they had their own differences.

This is a French name for the word New art which was mainly popular in the time between 1880 and 1910. It has all art forms including buildings, glass and others as part of it.

Art deco movement was popular in the 1920 to 1930 period. This used mainly furniture and jewelry in the art.

Cubism was a 20th Century, experimental and innovative art movement, pioneered by Pablo Picasso and Georges Braque, it went on to inspire related movements in literature and music. In this movement objects are fractured, analysed and then reassembled in an abstract form displaying the object from multiple viewpoints. Picasso Le guitarist and Paul Cezanne, Quarry Bibemus are two well known examples of this style.

Surrealism originated in Spain and was popularized by Andre Brenton. Surrealist art usually features the element of surprise or unexpected juxtapositions. Many Surrealist artists regard their work as an expression of the philosophical movement first and foremost, with the works being an artifact.

This article touches on just a few movements and does so unfortunately in very little details. Blue Horizon Printing specialises in offering premium quality canvas prints of many of the world’s most famous artwork.

← Creating a panoramic photograph
A history of Australia's Electric Trams →