Pieter Cornelis Mondriaan was a Dutch artist, born on March 7, 1872 in Amersfoort, The Netherlands. He died on February 1, 1944 in New York , USA. His artistic style is described as Neoplasticism, part of the Abstract Genre. Mondrian had a long artistic career which essentially began with his works in Luminism, after which he experimented in Cubism, before finally moving to neoplasticism and entering the mature stage of his career. 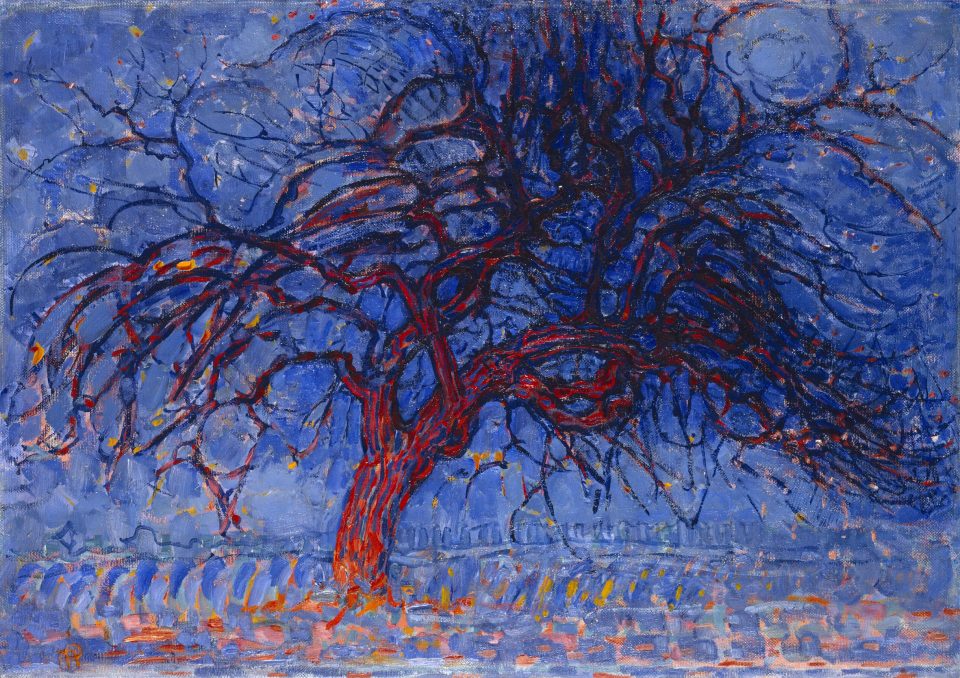 As a budding artist, Mondrian began painting simple pastoral landscapes of his home country, devoting great attention to light effects and rendered them using the primary colors. This is the most famous painting of Mondrian’s Luminist period and an important work in his series on the tree theme. In it, he creates a balance between the contrasting hues of red and blue, and between the violent movement of the tree and the blue sky. 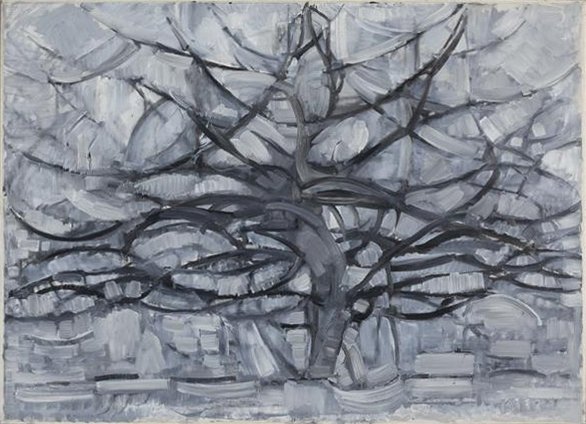 This is an image that is a reimagining of the previous picture. This painting was created by Mondrian at a time when he moved on to  experiment with Cubism. The tree follows the Cubist practice seen in works by Pablo Picasso. The Gray Tree is one of Mondrian’s most famous works and shows an important stage in the development of his career as it exemplifies his early transition toward abstraction and his application of Cubist principles to represent landscape. 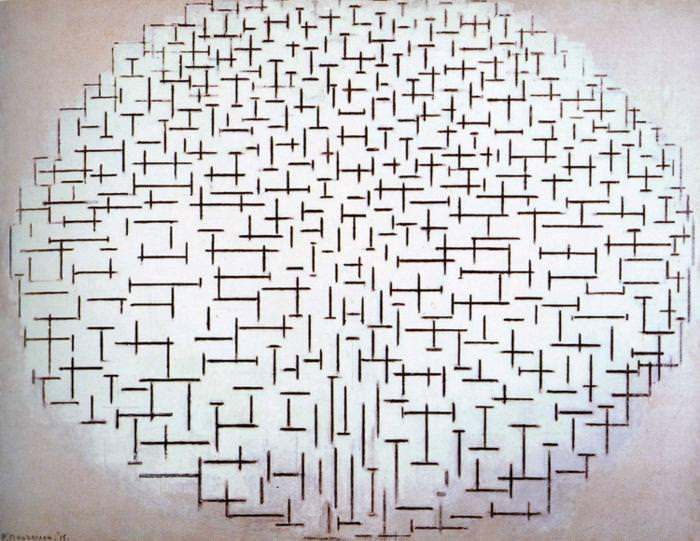 Mondrian’s Cubist period is considered to have lasted from 1912 to 1917. In 1914, Piet Mondrian lived for some time in seaside towns, where he made a series of drawings inspired by the sea and the breakwaters. It was during this period that he painted a series known as Pier and Ocean which pushed his Cubist style to its extreme limit and is considered the definitive step in his path toward pure abstraction. 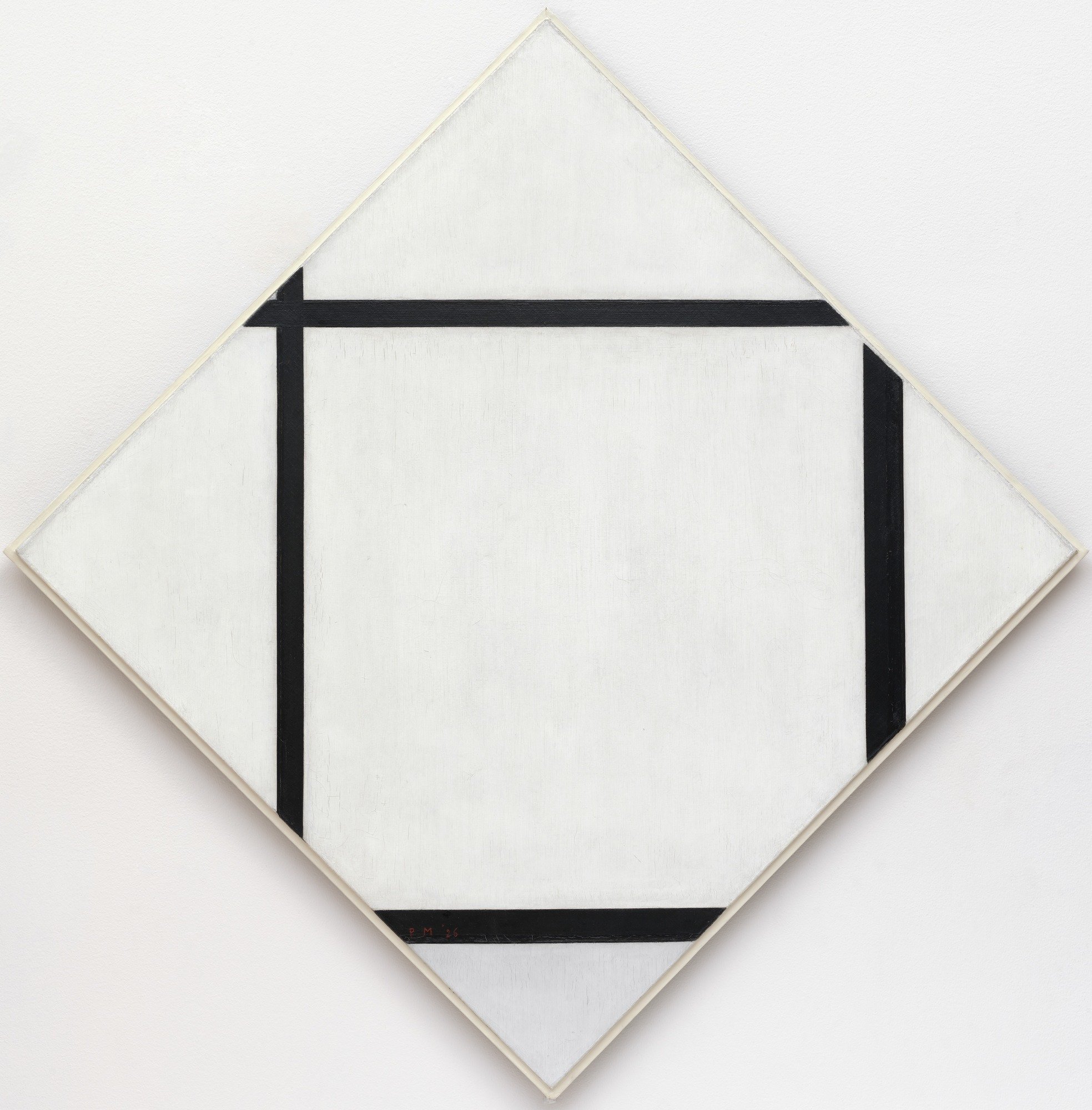 In the mid-1920s, Piet Mondrian began producing his “lozenge” paintings to express more dynamism in his abstractions. They were named lozenge paintings because of their diamond-shape, from Mondrian tilting square canvases by 45 degrees. This painting uses only four lines of varied thickness, making it one of his most minimal works. Mondrian set an important precedent, which influenced the shaped canvases of the Minimalists in the 1960s. 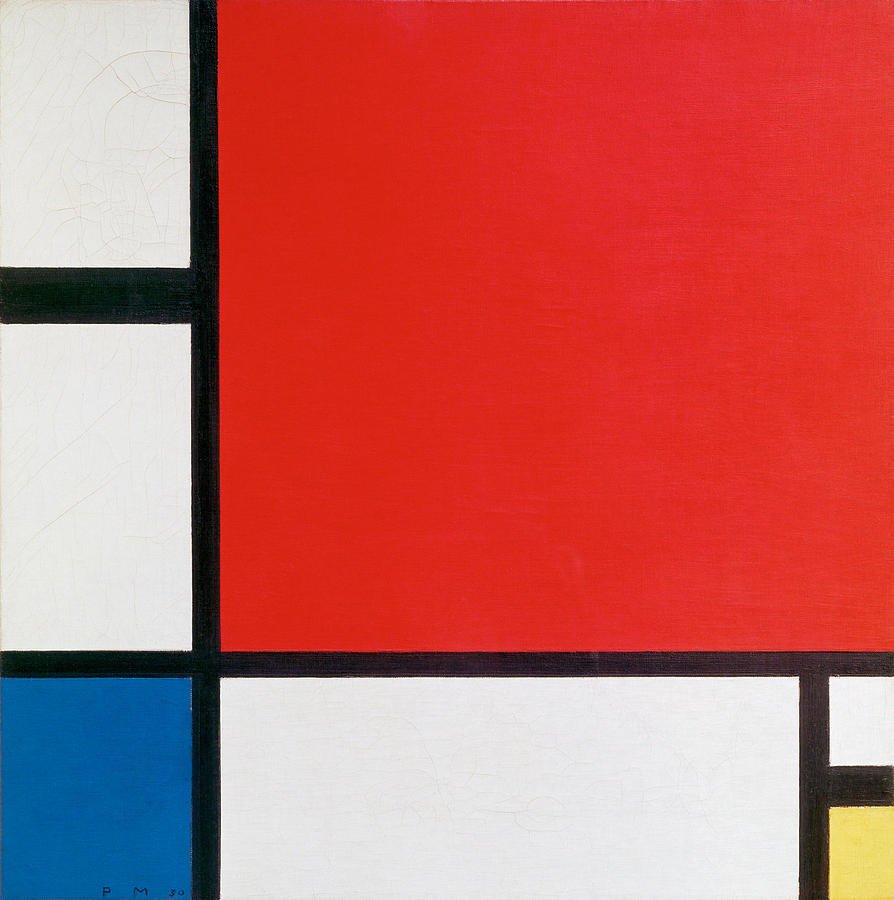 This painting was created at a time when Mondrian’s art had reached a zenith of purity and clarity. Through the previous decade he evolved his style while creating several masterpieces. In this work, Mondrian makes the elements seem to grow further beyond the edge of the canvas and for this reason it is among Mondrian’s most renowned works. The front cover of Australian alternative rock band Silverchair’s 2007 album Young Modern is a tribute to this painting. You can see this artwork here on our site. 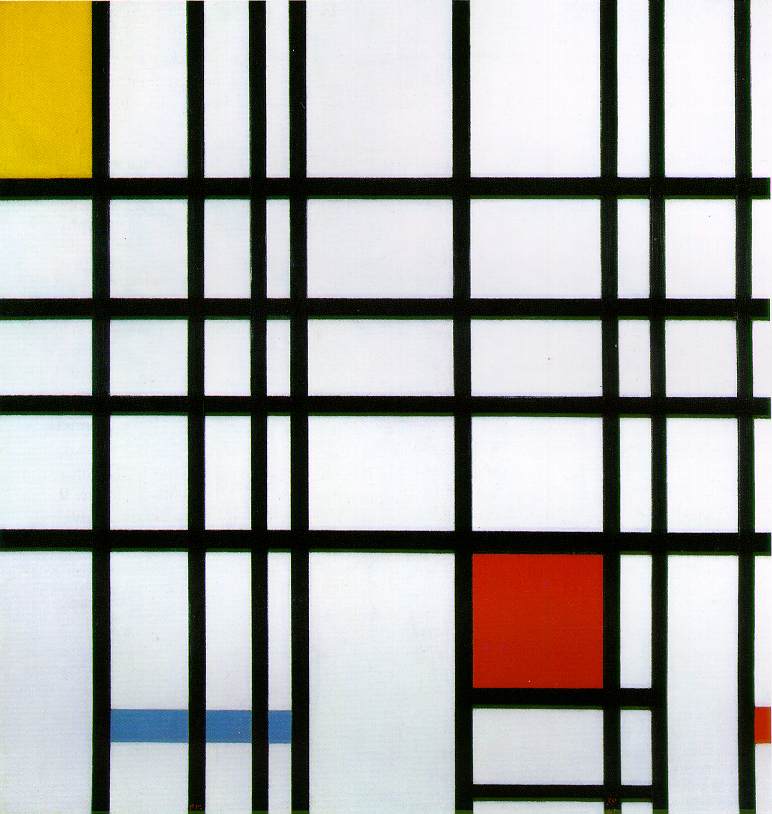 This work represents a mature stage of Mondrian’s works. It seems to be a flat work, but there are differences in the texture of different elements. While the black stripes are the flattest of the paintings, in the areas with colour the brushstrokes are clear, all in the same direction. The white spaces are painted in layers, using brushstrokes that run in different directions. And all of these produce a depth that, to the naked eye, cannot be appreciated. You can see this artwork here on our site. 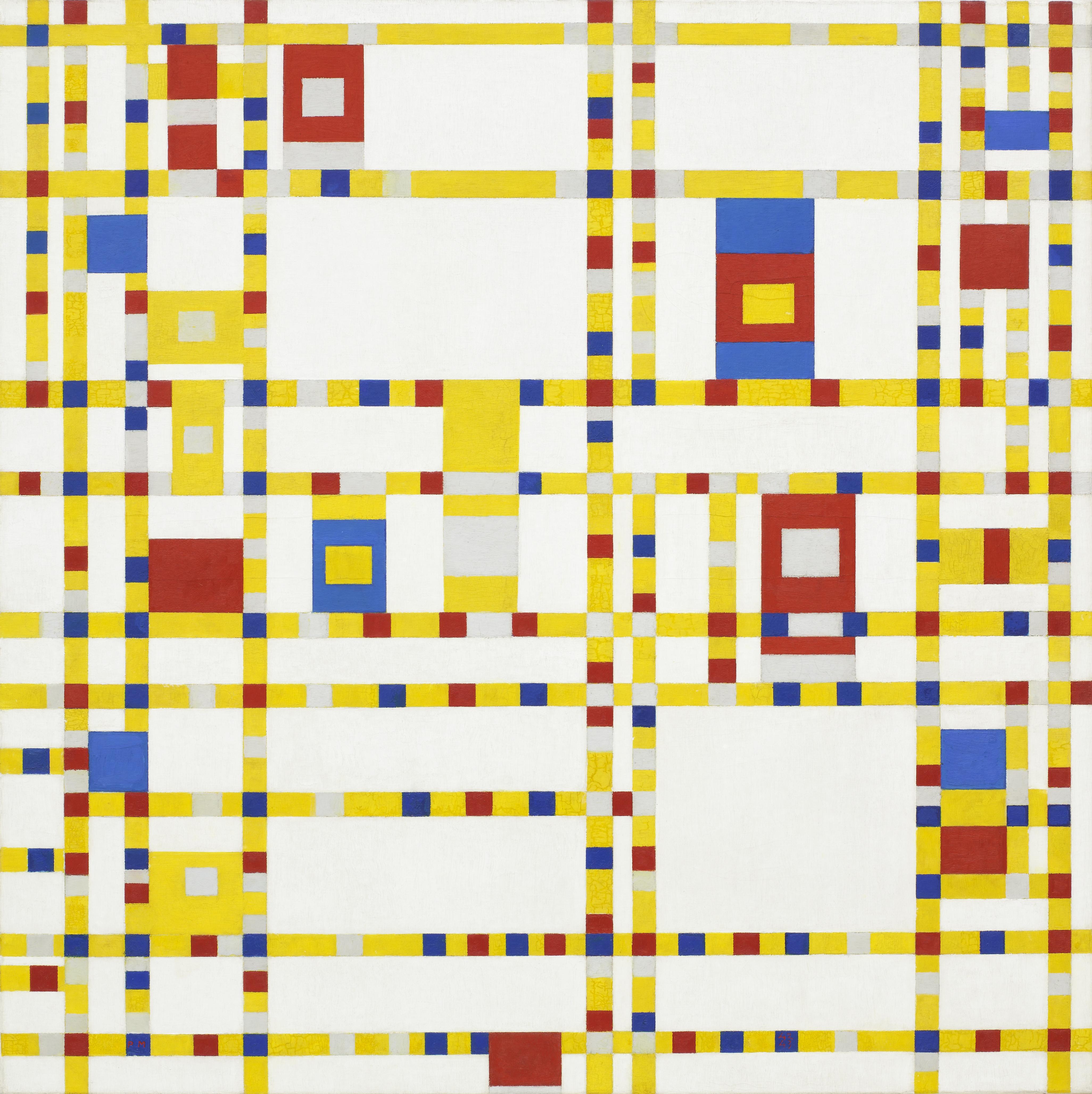 This is Mondrian’s last complete painting and possibly the most famous. It is  primarily large unbounded rectangles of colour, some of which have smaller concentric rectangles inside them. Broadway Boogie Woogiewas inspired by the city grid of Manhattan and the style of music known as boogie woogie, which was very popular in the time when this work was made. The painting is considered the pinnacle of Mondrian’s works, and the culmination of his stylistic innovation and is one of the most influential artworks in the school of abstract geometric painting. You can see this artwork here on our site.