In the last 150 years, modern art which has been said to move away from traditional forms towards more experimental environments—has found its way into the collective consciousness of our time as a sort of cornerstone of the contemporary. It speaks more to the abstract and less to the narrative form that defined art for centuries before.

Its openness invites an unending conversation of the past and in many ways the future. Modern art sees no limitations, as some of the greatest artists of the form have broken down barriers and have expanded horizons. Picasso, Mondrian, Dali, and Matisse are just a few of the master artists from this period, and never before have you had the opportunity to add their greatest and most collectable pieces to your own collection at a fraction of what it costs to own the original. 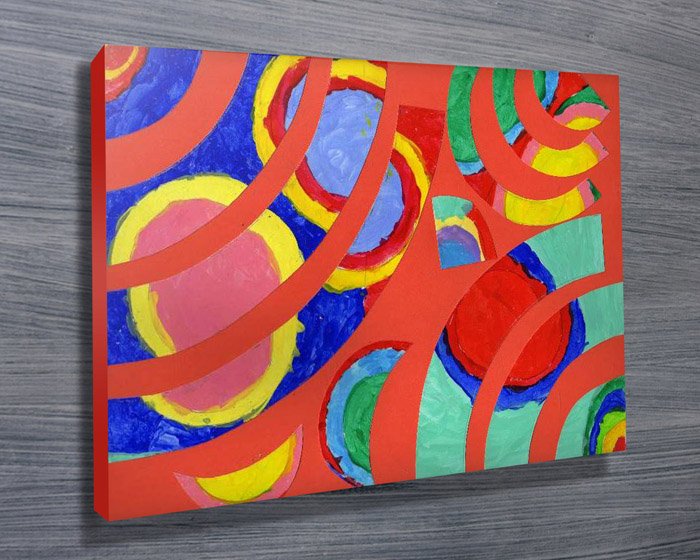 Pablo Picasso is perhaps the most popular of the group and one of the most recognisable art figures in the 20th century, having painted nearly 2000 separate works in his lifetime. Two of his more popular works, Le Reve and Weeping Women – both pieces that can be enjoyed in all of their original lush vibrancy in spectacular canvas prints. Our high quality modern art prints stay true to Le Reve’s oversimplified outlines and contrasted colours, and Weeping Woman’s singular image of suffering looks just as heart-wrenching as the original.

Piet Mondrian was a prominent contributor to what is known as the De Stijl art movement. His form consisted of white ground, upon which was painted a grid of black horizontal and vertical lines, in which he used three primary colours to draw the eye. Two of his popular compositions can be found in our modern art prints collection – just as bold and as striking as those you’ll find in museums.

Salvador Dali, of course, is known for his surrealism and bizarre imagery. Though his influences can be attributed to the Renaissance masters, his departure in artistic style in a way is reflective of his indulgence in unusual and grandiose behavior. Persistence of Memory, notably famous for its rejection of time as being rigid, is a popular addition to any home or office. Biblia Sacra, a series of surrealist images illustrating the Holy Bible, would make a bold statement in any room.

The last of these examples of modern art master painters, Henri Matisse, is famous for his highly expressive language of colour and drawing. Red Room, his early 20th century work, is considered by many to be his masterpiece; this, as well as Seascape, are fine examples of Matisse’s unique delicateness in touch and use of a wide palette of colour.

These are just a few examples of our extensive collection of modern art. Blue Horizon Prints celebrates this important art movement by bringing you gallery quality glicee prints at unbeatable prices. These vivid colour reproductions have such richness and depth that are exceptionally true to the original paintings.